If Zoomers were a province, it would be the biggest in Canada – ZoomerU

If Zoomers were a province, it would be the biggest in Canada 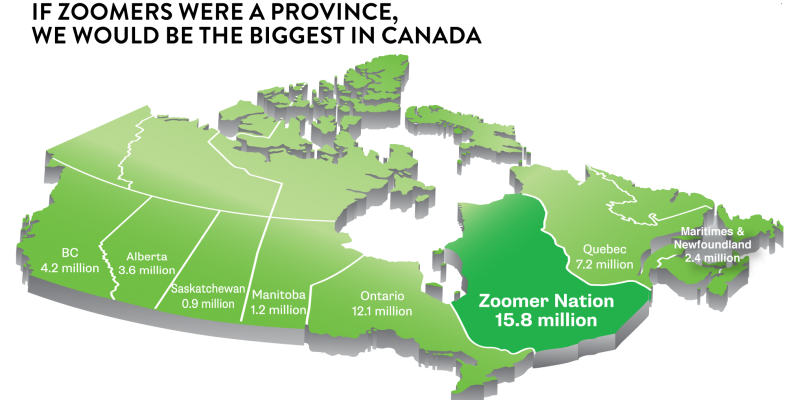 Here’s a marketing no-brainer: would anyone run a serious national ad campaign and leave out Ontario?

Yet that’s precisely what happens when you don’t target Zoomers, Canada’s 45-plus population. We like to call them Zoomer Nation, because they’re certainly numerous enough.

In fact, if Zoomer Nation were a province, it would be the biggest in Canada – with 15.8 million people, compared to Ontario’s 13.6 million total, or 12.1 million excluding children.

Viewing Zoomer Nation as a province is a good way to dramatize just how big and important this market is. ZoomerU will be applying the metaphor not just to population size but to specific product categories. For example, 3.3 million people in Ontario bought or leased a new car during the past 12 months…but 4 million Zoomers did.

Keep your eye on this page for more ways of viewing the market through this lens. We can promise you a lot of surprises. And remember, you don’t need a passport to get to Zoomer Nation. Just a different way of thinking.